Cohabitation – A Strategy Destined for Disappointment 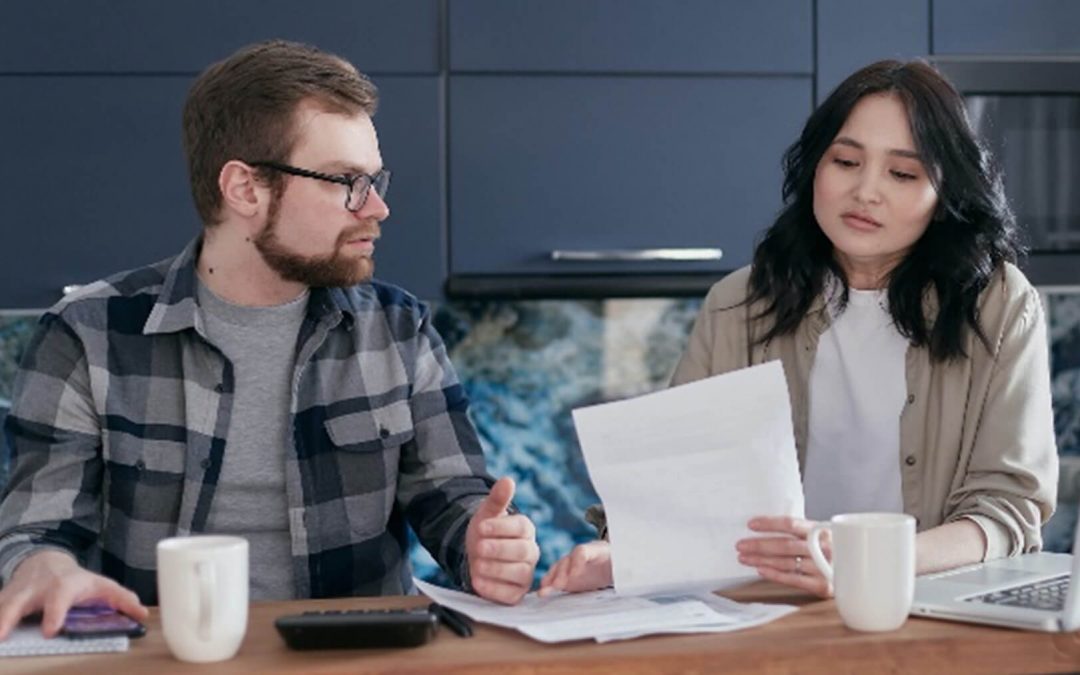 Besides doing whatever I can to spread the good news of God’s gift of sexuality and chastity all across America, I also teach some business classes at a local college. The funny thing about business is that it has a lot in common with marriage and family. Does that sound odd? Well, let me explain.
First, long-term, successful businesses rarely happen by chance. They involve an honest, realistic look at the circumstances, good communication among all involved, and crafting strategies that fit with both the internal and the external environments with which the organization is dealing. Also, such businesses are successful usually because the founders have a passion for what they do and a vision for where they are going.
Now, think about successful marriages. A couple can greatly increase their chance of not only a lasting marriage, but a happy, satisfying one by doing these same things. Honest, thoughtful conversations about anything and everything before entering into this lifelong commitment are critical. Most people know how to talk to each other, but few know how to truly communicate well – listening being the chief component of quality communication that gets short shrift. Finally, a couple should work out good strategies to decide:

1) How they will help each other reach their goals (and set goals that are helpful to the relationship)
2) How they plan to pay their bills (and invest in their family)
3) How they plan to raise their children, should God bless them with such gifts
Back to business. One strategy that businesses will occasionally use to move into a new geographic territory or to capitalize on complementary capabilities and resources that each firm possesses is to engage in a “Joint Venture”. This strategy involves each party bringing specific skills and resources to the table where each can “get something out of it”. It is typically a temporary arrangement (with perhaps a bit of hope that it will be ongoing). The peculiar thing about Joint Ventures is that they rarely last and aren’t nearly as successful as “Mergers”.
In a Joint Venture, both parties only go so far into the commitment. They hold back for fear of not being able to completely trust the other. Over time, this often leads to poor (or dishonest) communication, manipulative behavior, and nasty break-ups. A “Merger” is where both parties fully commit to each other and literally “become one”. Are Mergers always successful? Of course not. The two organizations getting used to each other’s norms, values, and expectations can be challenging. It takes work. But, in the end, that level of commitment seems to be the deciding factor in predicting greater success for Mergers versus that for Joint Ventures.
Cohabitation is widely seen by many (especially young people) as a wise “strategy” and a helpful step on the way to marriage. In fact, more than 60% of all married couples today began with some form of cohabitation. However, all moral factors aside, this is probably the single worst decision a couple can make if they’re really interested in being together for the long haul. The data on this is legion. For example, in an article by Glenn Stanton (Baptist Press) entitled “Cohabitation and Divorce – There Is a Correlation”, Mr. Stanton says this: “… if a couple wanted to substantially increase their likelihood of divorcing, there are few things they could do to so efficiently guarantee such an outcome than live together before marriage. In fact, this is such a consistent finding in the social science research that scholars have coined a term for it: ‘the cohabitational effect.’”
So, if a guy lives together with this woman he says he loves, he’s saying, in essence, “I’m not sure if this is going to work or how serious I am about this relationship. Can I use you for a while and see what I think?” That’s got to be a pretty exciting prospect, huh ladies? Dignity, anyone?
Marriage isn’t always easy. It takes two grown-ups who are committed to one another on every level and who are willing to work through struggles and trials together. They realize that to harm or use the other is to harm or use oneself because they have “become one”. So, they’re much more likely to choose “us” rather than “me”. If that’s not a commitment both parties understand or are willing to make, then “joining” together in any way, shape, or form is clearly ill-advised.
I am somewhat sympathetic to the view of marriage that young people often have that drives this recent phenomenon, though. Young people see marriages with little better than a 50/50 prospect of surviving long term. They see kids who experience broken homes and instability within their families. They often lack healthy father-figures in their lives to help them understand what a mature man is supposed to act like and how a woman should be expected to be treated in a loving marriage. Yet we are intuitively drawn to the idea of mating for life. There is a chemical bond that takes place in a woman’s neurological system after having sexual relations with a man, so when that bond is broken, it is deeply traumatic – whether one wants to acknowledge that or not. Disruptions to something that is supposed to be for life naturally leads to a sense of mistrust, cynicism, and low expectations – of ourselves and of others. This leads one to think that using one another (rather than loving) is the norm.

Fasting and Cohabitation – A Connection?
It doesn’t need to be that way, though. This is where developing the virtue of self-control and being able to delay gratification can be extremely helpful. I would suggest that it all starts with fasting. (Stay with me for a minute.) The Church, in its wisdom guided by the Holy Spirit, had long taught the faithful to fast on a regular basis. It needs to be stressed now more than ever. The idea of giving up most or all meals for an entire day is very challenging, to be sure. It is genuinely tough for most people to do – at first. But, when you periodically fast on a regular basis – once a week or even more often than that – you start getting used to it. There are also a lot of evidence-based health benefits from fasting. These benefits include healthier activity among your cells, genes, and hormones, increasing metabolic rate so as to help you lose weight, reducing insulin resistance and lowering the risk of type-2 diabetes, improving heart health and reducing the risk of cancer, and it’s even good for your brain! If the act of fasting is offered up as a prayer each time, it is significantly more palatable. Give it a purpose, and your will helps you make it happen.
Eventually, you stop thinking about food so much because you begin to develop a real sense of self-control. You’re able to say ‘no’ to that extra snack or even that meal. At some point, you graduate from self-control to self-mastery. Something I didn’t know about fasting when I first started is that many in the past have made the connection between food and all our other temptations in life. If we can master our appetite for food, we can master our appetite for just about anything. And, that includes sex.
God loves us so much that He gave us all freewill – the ability to freely choose Him – or to reject Him. So, it’s funny that we so often discard this freewill and instead choose slavery. If we can’t say no to food, then we become enslaved by it. If we can’t say no to alcohol, then we’re a slave to it. And if we can’t say no to sex, then not only are we a slave to our most primitive sexual urges, but our ‘yes’ to sex in a committed relationship means almost nothing. It’s no longer a case of freely choosing to accept the full gift of self that someone is offering us or of us to them. It becomes a matter of taking rather than giving – of using rather than loving.
Fasting from food can be a very helpful start to overcome this slavery. We can also fast from technology. We can fast from spending money unnecessarily. We can fast from losing our temper. And we can fast – abstain – from sex, which is explicitly recommended in the Catechism of the Catholic Church for married couples to help strengthen their relationship. If we all learn to fast on a regular basis fairly early in life, suddenly cohabitation doesn’t seem so necessary. In fact, the very idea may seem downright weird because if I’m striving for self-mastery, then I naturally want to develop my gift of self and assure that it is meaningful to the right person under the right circumstances – within the lifelong bond of holy matrimony.

Want to try it? One suggestion is to start fasting on Wednesdays for your future spouse (or for your current one, if you’re already married). There’s even a movement to this effect for men called “E5” (referring to the references in Ephesians, Chapter 5 on how husbands should love their wives, etc.). The person with whom you think you want to spend the rest of your life deserves this level of respect. They deserve to experience Christ-like love from you. So, give fasting a shot, and you may be surprised at how this helps you love that person on a deeper level than you thought possible – including making it unthinkable to live with him or her before marriage.

Vincent Weaver is a Family Honor Presenter and coordinator of our Upstate, SC Team. This excerpt is from his book “God, Sex, Money, and Time: Get These 4 Right and All Else Falls into Place.” It is used with permission from the author. To order the book, go to: https://app.thebookpatch.com/BookStore/god-sex-money-and-time-get-these-4-right-and-all-else-falls-into-place/37aa6d0d-6c64-4dde-988a-34e6de8e8214